Due to the expected three percent annual increase of energy demand and the projected exhaustion of Croatia’s own oil and gas resources during the next ten years, its dependence on imported energy will continue to grow. In the electric power generation sector, the strategy has identified the need for construction of a total of about 3,500 MW of the installed capacity (the current total capacity is about 4,000 MW, of which about 1,100 MW is in facilities at the end of their life-cycle).

In the oil and gas sector, it has identified the need for construction of additional oil and gas pipelines, an LNG terminal and gas storages. Upgrades and modernization are also needed in the district heating sector.

The estimated total investment in these projects exceeds EUR 14 billion (about EUR 1.5 billion annually). An estimated 60% of the investments would be needed in the electric energy sector, 30% in the oil and gas sector, and 10% in the district heating sector. Croatia does not have sufficient financial and technology resources for these investments and it will highly depend on foreign investors and equipment suppliers.

Current government has set the following major projects as its top priority: 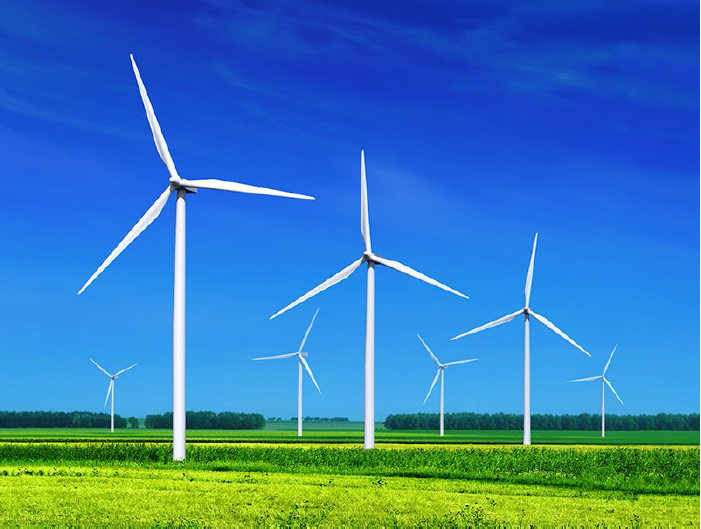 The Croatian Ministry of Economy recently presented a new and updated National Action Plan for Renewable Energy by the year 2020. It sums up the intended direction for the development of Croatia’s renewable energy sector, in keeping with the goals as set by EU’s own 20-20-20 targets.

To meet the estimated needs for additional installed capacity in the power generation sector by 2020, the Croatian energy strategy from 2009 envisioned that an additional 1,545 MW of electricity would become available from plants using renewable sources.

However, only about 245,25 MW from Wind, Solar PP 33 MW (small to medium size operations installed in in industrial complexes and private homes), Small Hydro PP round 40 MW, Biomass (cph- combined heat and power) 10,49 MW and Biogas 8,13 MW have been built so far. In the newly presented national action plan, the scale of 1200 MW wind power has been reduced to 400 MW by the year 2020.

Since the end of 2012 the share of energy gained from renewable sources grew from 15.8% to the present level of 16% and significantly up from the 12.6% recorded back in 2006, which means that Croatia could achieve 300 MW of wind power until the end of this year and fully fulfil the quote of 400 MW by the end of 2014.

The new action plan will also shift its focus away from encouraging mainly wind turbines and solar parks and concentrate more on stimulating the development of biomass (cph), biogas and as well as the development of small hydroelectric plants.

The reason behind this shift in strategy is that these kinds of facilities require ten times more employees – and it is something the Government in Renewable Energy Croatia hopes to use to create as many new jobs as possible.

The Ministry of Economy expects that around EUR 900 million will be invested into renewable energy projects by the year 2015. They also expects that by 2020 the share of renewable energy in the gross domestic energy spending will reach 35% once the power output of conventional hydroelectric plants has been factored into the equation as well. Out of EUR 2.5 billion available from European Agriculture Fund for Rural Development from 2014-2020, EUR 100 million has to be used for investments in renewable energy in agriculture. When it comes to renewable energy projects in Croatia, currently in the planning stage, it is expected that within the following year a total of 421 projects, with a collective power output of 281 MW, will be realized, amounting to roughly 0,25% of Croatia’s total annual power needs, which currently stand at 18 Twh. At present the largest source of renewable energy in Croatia are wind parks.

In Croatia, renewable energy generation is supported mainly through a feed -in tariff (guaranteed price paid for renewablesourced electricity for 14 years). Additionally, the Croatian Bank for Development and Reconstruction (HBOR) and the Fund for Environmental Protection and Energy Efficiency.

The Ministry of Economy expects that around EUR 900 million will be invested into renewable energy projects by the year 2015.


As Croatia became a member of the European Union on July 1, 2013, the country has already adjusted most of its energy sector regulations and development plans to enable smooth integration into the European energy market.

The country has as well allocated EUR 27 million for 2014 for the renovation of public buildings (increasing of energy efficiency of the buildings, e.g. insulation), which is one of the biggest focus areas in the latest National Energy Efficiency Action Plan made by the Croatian government. When it comes to energy efficiency, the focus in the upcoming period will be placed on the heating, cooling and transportation. In order to reach the goal of increased energy efficiency by 20% until 2020 Croatia plans to invest EUR 685 million in energy efficiency upgrade of residential building. To meet that goal renovation of 500,000 square meters of facades per year will be needed. Energy certification of residential and non-residential buildings started from April 2010. As of 1st July 2013 all public buildings with a total usable area of more than 500 m² need to obtain energy certificate (from 9 July 2015 greater than 250 m²). Equally, energy certificates are required in the process of buying/ selling of all real estates (houses, apartments, business offices) larger than 50 m². As of January 1st 2016 same will apply for the renting and leasing.

In order to reach the goal of increased energy efficiency by 20% until 2020 Croatia plans to invest EUR 685 million in energy efficiency upgrade of residential building. To meet that goal renovation of 500,000 square meters of facades per year will be needed.